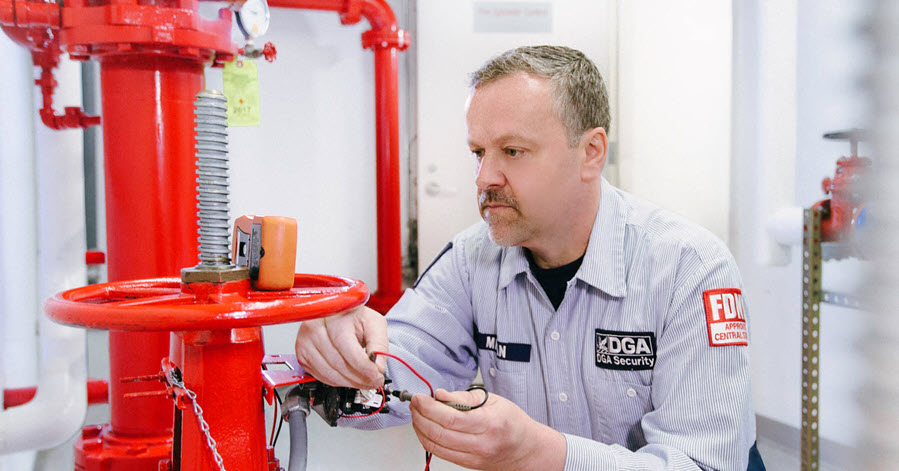 Supervisory switches are a group of initiating devices that are installed at different parts of the automatic fire sprinkler system and are monitored by the Fire Alarm Control Panel (FACP). Their job is to monitor the sprinkler system to ensure that it’s in proper working condition and to transmit a supervisory signal to the FACP when an issue is detected.

A supervisory signal won’t activate audible and visual alarms or cause fire trucks to show up, but informs the building staff of an issue that could prevent the proper function of the fire system. 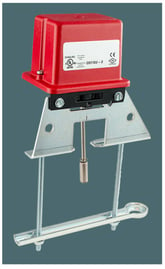 Valve tamper switches are mounted on the various fire sprinkler control valves to monitor the position of the valve. It’s critical that the sprinkler control valves remain open because, otherwise, the water will not flow through the pipes when there is a fire emergency. Valve tamper switches transmit a supervisory signal to the FACP if the valve is partially or fully closed.

Water level switches have an attached float that senses water level in a gravity or pressure tank. Either the rise or fall of the water level in the tank will trigger a supervisory alert to the FACP. 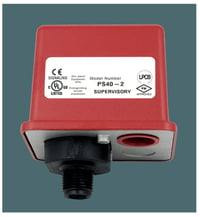 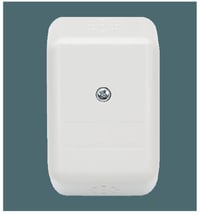 Low temperature switches are simple devices that transmit a supervisory signal when the temperature in the environment drops to a certain threshold, generally 40°F. They are typically installed in the heated room where the dry pipe valve is located. This helps to protect the small portion of piping in the valve that contains water from freezing.