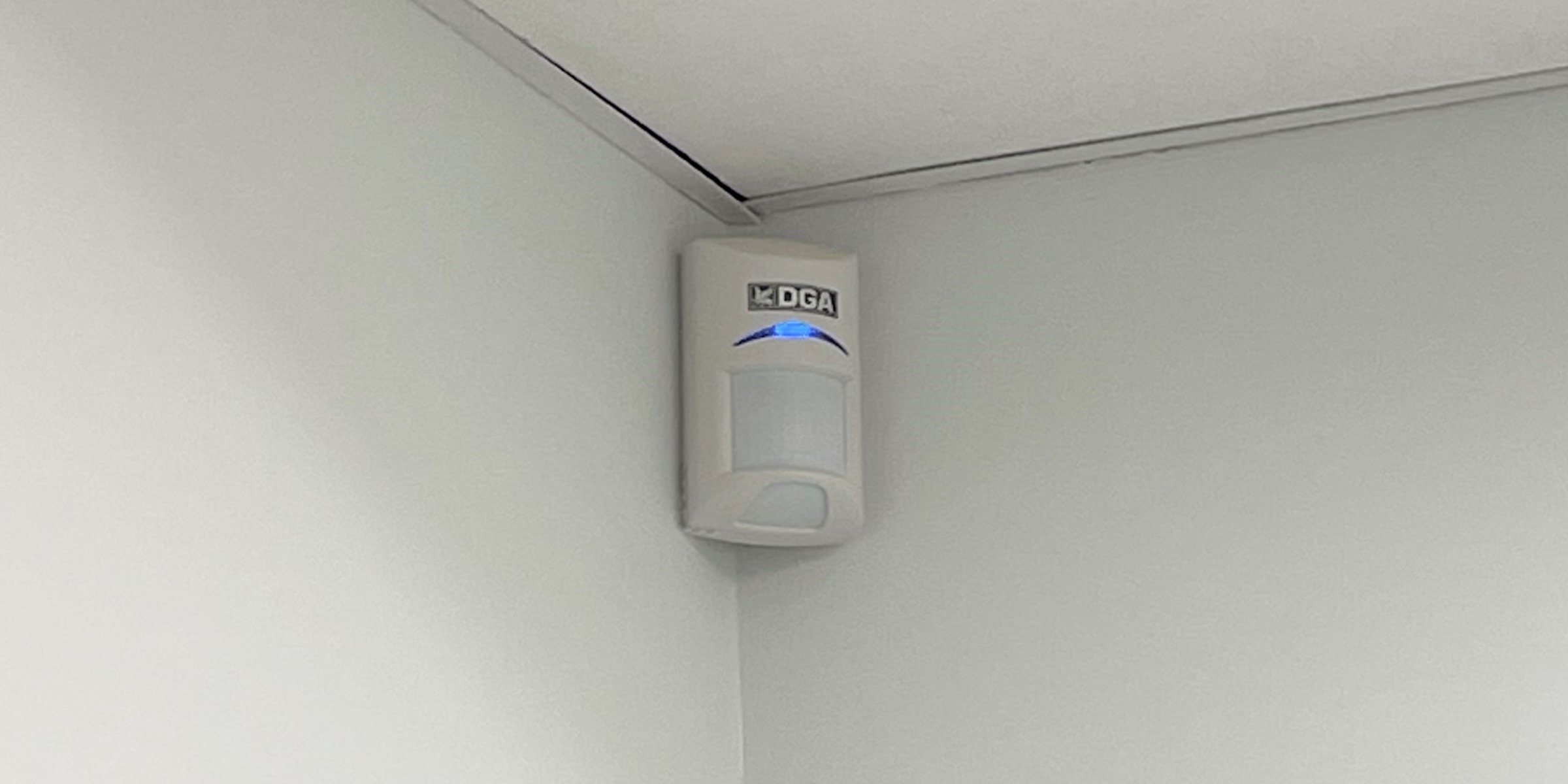 Larry Weintraub is Operations Manager, Installation at DGA Security, where he manages a team of technicians and project managers. He has more than 30 years of security industry experience.

As a business security systems company that has worked in many high-end commercial spaces, we are very skilled at accommodating the aesthetic goals of our clients. But that doesn't change the fact that correct motion sensor locations are critical for the proper operation of the security system.

Motion sensors are required in any well-designed business security system. If you thought motion sensors might be an overkill, this article will explain why they are absolutely necessary in protecting your business premises. We will also explain how motion sensors work, installation tips, simple steps to avoid false alarms and more.

How Do Motion Sensors Work?

When we refer to motion sensors in the context of business security systems, we’re generally referring to Passive Infrared (PIR) motion sensors. There are other types of security motion sensors that use multiple technologies, which we’ll discuss later in the article. The name “motion sensor” notwithstanding, these PIR motion sensors do not see movements, but rather detect the changes in temperature. A PIR motion sensor registers a reference temperature using solid objects, such as a wall or a floor, in its field of view. When an intruder raises the temperature by walking through the protected area, the sensor triggers an alarm. The “Passive” part of PIR refers to the fact that these sensors do not actively emit beams for detection purposes. They are simply reacting to the radiation or heat emanating from solid objects in their field of view.

But today’s motion sensors are a lot smarter than you think. They have built-in algorithms to differentiate between a false alarm (e.g., a small mouse) and a person walking through the protected area. This magical feat is accomplished using “fingers” that fan out from the sensor’s Fresnel lens. 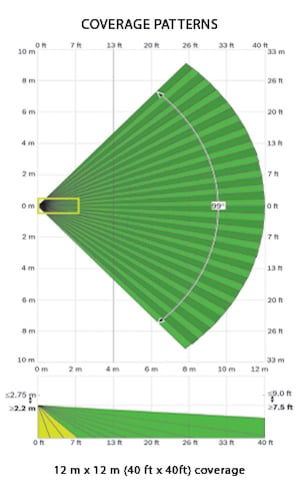 For illustration, the diagram above shows the coverage pattern of a standard motion sensor that covers a 40x40 ft space. If the sensor detects a temperature change in just one or two of its “fingers,” it ignores the event. If the sensor detects a temperature change across multiple fingers, in a pattern that would suggest someone moving through the space, an alarm is triggered. The bottom of the sensor also has a small lens to detect activity directly beneath the device, preventing an intruder from sneaking below the sensor.

Yes, You Need Motion Sensors (Even When You Have Door/Window Protection).

Any well-designed business security system will have door/window contacts as well as motion sensors. But why?

Burglaries often occur by intruders entering through walls, floors or ceilings. In addition, an intruder could conceal themselves during business hours and burglarize the business after closing. A glass break sensor could fail to trigger an alarm when an intruder breaks the front glass door. The list can go on. Protecting the perimeter of the business only with door/window contacts and glass break sensors opens the possibility that an intrusion could continue unnoticed for a long time. This is why motion sensors are a requirement in any well-designed security system.

When it comes to business security, it’s important to layer multiple methods of protection to detect any intrusion attempt. We always back up door/window contacts with motion sensors to ensure there is a secondary layer of protection.

What Are Different Types of Motion Sensors and Where Do You Use Them?

PIR motion sensors come in different models that are designed for different use cases. The standard motion sensor, which generally covers a 40x40 ft space, works well in most indoor settings. But for a long hallway or a big aisle in a box store, we would use an extra-long range motion sensor that can cover a much longer distance (up to 200 ft) in a narrower field of view. Ceiling-mounted motion sensors are great for protecting spaces where the wall area is unavailable or unsuitable (think spaces with all-glass walls); or spaces where putting a motion sensor on the wall is challenging for aesthetic or functional reasons.

To serve as a guide, we created this table that summarizes the different types of motion sensors and their coverage areas and patterns: 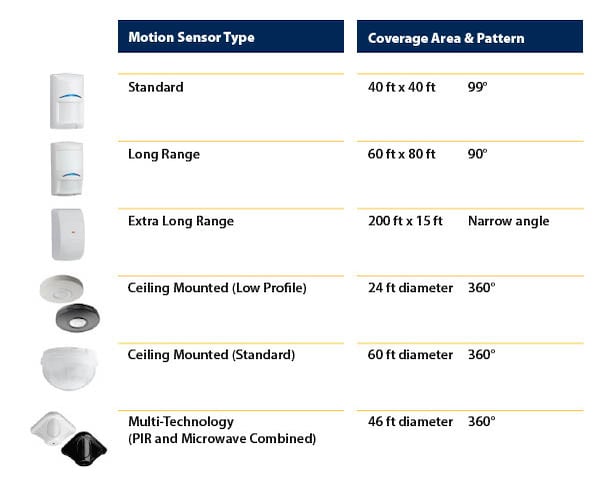 False alarms are not only a nuisance, they are also costly. Be aware of these common causes for motion sensor false alarms and take these simple precautions to prevent them:

Got questions about business security systems? We’ve got answers.

DGA has been specializing in commercial security and fire systems for more than 50 years. Call us for a free consultation at 800 Pick DGA (800.742.5342) or submit a request online.

Installing glass break sensors can be tricky: Here's what you need to know
Door/Window Contact Sensors in Business Security Systems
Tips for protecting high-security areas within your business